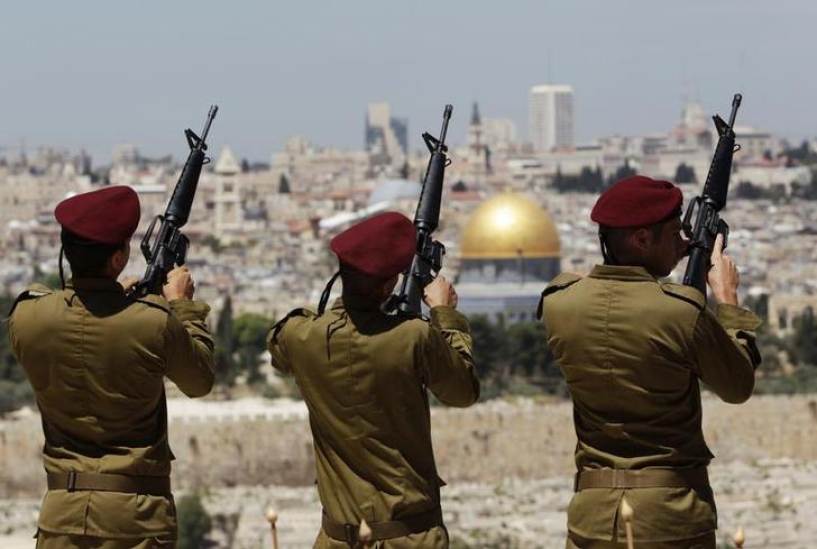 On the 28th of January of 2020, the United State’s very own Donald Trump revealed his peace-plan for the Israeli-Palestinian conflict. This plan, just as initially believed, is bound to fail.

Whether the Holy Land belongs to the Palestinians or the Jews does not really matter. Peace activists often cite International Law and the different UN agreements to give solutions to the conflict. This absolutely means nothing — not when Israel is at the strongest it has been, and the Palestinians at their weakest. There is nothing ‘moral’ in the world of Politics (whether there should be is a different subject).

Whether we like it or not, Benjamin Netanyahu is one hell of a machiavellian politician. He befriends far-right antisemites such as Victor Orban and Donald Trump, and weaponizes antisemitism to his own selfish gains, disregarding the centuries old suffering of the Jewish people. One might despise him, but the guy is arguably very impressive. His Likud party has at the core of its ideology, something called: Revisionist Zionism. Extremely ultra-conservative, it aspires to further expand its territory or at least refuse any land concessions to the Arabs (among other things).

Given Israel’s might and the Palestinians’ plight, the following is likely to occur:

A one-state solution: The affirmation of a one-state solution, that of the State of Israel as being a democratic state for the Jewish people, from the river to the sea and from the Golan Heights to Gaza. There is no point in establishing a state by the Jews in Palestine if this state will be a democratic multi-ethnic and multi-confessional one. There are numerous examples of nation-states expelling certain locals and welcoming their own.

Nation-states can be justified. The Jews technically do have a historic claim to the land and their tragic stories in exile and the various degrees of trauma experienced because of anti-semitism, does legitimize the need for a Jewish State.

The Golan Heights and East Jerusalem were rightfully acquired by Israel in 1967 during the six-day war which it won. Just because we live in the 21st century (or the 20th in this case), doesn’t really mean that winning wars is meaningless. There are (and rightfully so) repercussions for waging wars and consequences when losing them.

The Palestinians of the West Bank and Gaza: There is no escaping ethnic cleansing and/or population transfer/exodus of the remaining non-Israeli Arab-Palestinians who live west of the Jordan River, to other neighboring Arab countries; most notably, to Jordan.

These Palestinians must accept their fate in moving elsewhere, to a less hostile environment. A collective idea of a ‘Palestinian people’ is a new one. It was a reaction to the arrival of the ‘others’ — the Jews. Hence, a ‘Palestinian people’ does not exist. Much like the creation of a ‘Jordanian people’, as a group, is a modernist endeavor. If this group of people want to call themselves ‘Palestinians’ for whatever reason, then so be it. This will not change the historic claim of the Jews to the land.

Palestinians’ right of return: Countries with Palestinian refugees will have to establish a naturalization process to naturalize their refugees. There will absolutely be no returning to Palestine for them (unless for short visits).

Naturalization of thousands of people is a process which will take time; it will not happen overnight. It will also not be forced upon anyone and will be a voluntary measure. Those who refuse, are welcomed to either stay stateless — hence, lose their rights — or leave the country and go elsewhere. Palestinian refugees of Lebanon, for example, are not quite ready to hold lebanese citizenship; their allegiance will not be to Lebanon. That is why, there should be a general consensus to the fact that lebanon will be their new home through awareness campaigns and education.

This is not a unique case in history, we can draw parallels between Turkey/Greece, Armenia/Azerbaijan, Cyprus and numerous other nation-states in Central Europe and the Balkans. It takes time, but it will eventually happen. The status quo is broken.

The disarmament of Hizbollah and Hamas: Terror and terrorism have no place in any country. “One man’s terrorist, is another man’s freedom fighter” — well, unless you’re on the losing side, which still means you’re a terrorist. These groups hinder peace.

Forming new diplomatic relations: Neighboring countries will not have a choice but to recognize Israel’s existence and its Jewish essence; hence, signing a peace deal. There are various advantages to neighboring countries in doing so: the establishment of defined borders, both land and maritime ones; the establishment of economic relations; the opportunity of signing new trade deals and the movement of both capital and labor; tourism boom, among others.

Contrary to popular belief, Israel always sought peace with its neighbors. Israel’s attacks on neighboring states have all — technically — been justified. In all instances, Israel was defending itself.

All in all, Trump’s peace plan is not a good one. It is bound to fail because it neither goes far enough, nor is it ‘egalitarian’ enough.