‘Forgive and Forget’? — the Armenian and Turkish peoples’ path to reconciliation 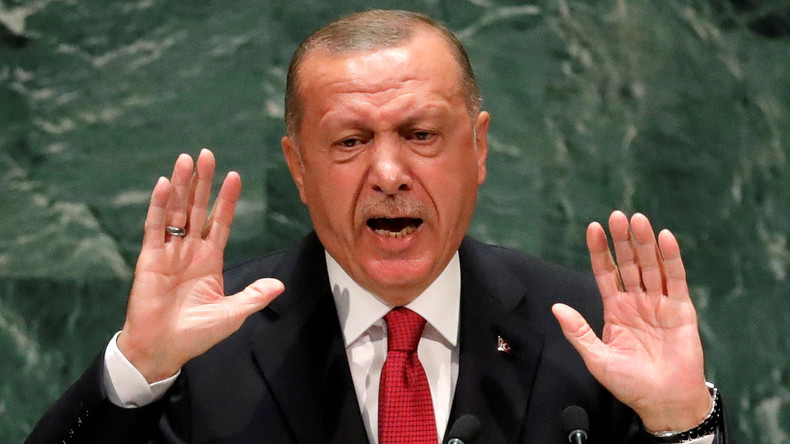 “Turkey has never committed any civilian massacre in its history and it never will. Our religion and culture would never allow to do it” — Turkish president Recep Tayyip Erdogan

It is the disgusting arrogance of a filthy sultan-wannabe and the many Turkish people who support his government’s distorted narratives of the events of 1915, 1923, 1974, 1980s and 2019, that the Armenian people for the most part do not and will not ‘forgive and forget’. As long as Turkey continues to deny the Armenian Genocide, more war crimes, crimes against humanity and even genocides will take place.

I, as an individual, speaking for myself only, am ready to forgive; but forgiveness comes with remorse and an apology.

This does not mean that I go on screening people from Turkey or people of Turkish descent, to see if they recognize the Armenian Genocide as fact or not, before I befriend or talk to them.

The Armenian Genocide might not have been an isolated incident but it surely was a mistake. It was a mistake because Turkey is a beautiful place, with a rich culture and beautiful people. Turkey, as a country, should not be reduced to the crimes committed by the Young Turks, and Turkish citizens are not responsible for the crimes of their forefathers. The Turkish people are for the most part GOOD people; but, they are responsible for not speaking up against the crimes that were previously committed and being committed today, in their name, against religious and ethnic minorities in both the country and outside of it, as we have been seeing in Syrian Kurdistan lately.

I am blessed to say that I have met many beautiful people from Turkey who acknowledge these tragic events as Genocide and denounce the stances and actions of their government. I have only love for these people.

Through mutual respect and understanding, away from all forms of nationalist aspirations, myth-making and hatred, both Armenians and Turks must sit and discuss these tragic events. Whether the Genocide took place or not is not open for debate, but certain events, people, locations and oral histories must be re-examined and in some cases re-written in both Turkey and Armenia (and in their respective diasporas).

It is painful. Years of grief, hatred and toxic nationalism has stemmed from both parties — the descendants of both the victims and their perpetrators. It has to some extent shaped both of what we are and of who we are.

Where do we begin with post-Genocide transitional justice, something that was supposed to happen 100+ years ago?

Step 1: Re-examining one’s past. The historical rift that Ataturk created when he established the Republic of Turkey, after the breakup of the Ottoman Empire has had many consequences for the country’s people. The identity crisis the Turkish people suffer today is the product of years of toxic nationalism being fed to millions of people in the country since 1923 in schools, mosques and community centers.

Step 2: Genocide Recognition. Turkey must recognize the Genocide of 1915 perpetrated by the Young Turks in the Ottoman Empire, where 1.5 million Armenians perished through starvation, rape, death marches and mass killings. The islamisation of Armenian orphans, the kidnapping of children and young women and the destruction of over 2,000 religious and community centers throughout Anatolia is to be acknowledged.

Step 3: Reparations. The issue of recognizing the Genocide is not only national pride, but also reparations — the main reason why I believe Turkey’s government refuses to acknowledge that these events took place. Who gets what and what do they get? The main objectives that Armenians must strive to acquire are:

— Financial reparations to the Republic of Armenia and to religious/communal institutions (current estimation of all the financial losses Armenians suffered, which includes either the return of thousands of church property that were confiscated, or the current financial equivalent of these losses) ;

— The right of return to the descendants of the Armenian Genocide.

Step 4: Reconciliation. It includes, but is not limited to:

— The opening of the borders between the two countries and the establishment of diplomatic relations (writing a ‘memorandum of understanding’ would be nice);

— strengthening and ‘legitimizing’ economic relations (through trade deals for example);

— The enshrinement of basic freedoms to religious and ethnic minorities in giving them autonomy to self govern their institutions;

— Founding a new education system in both Turkey and Armenia (and the Armenian diaspora schools) that includes ‘factual history’; one that honors the past with the respect it deserves. This includes the suppression of toxic nationalistic and irredentist ideologies, based on myth-making, and the hatred and vilification of the ‘other’.

To conclude, Erdogan is doing the complete opposite of what he is supposed to do; the longer we wait, the harder it becomes to heal wounds and bring Turkey and its indigenous and impoverished minorities together.